An exceptional terroir at the foothills of the Andes Mountains

Our low yield, organic and biodynamic vine-growing is unique. Cuvelier Los Andes wines are made exclusively from grapes grown within our own vineyard.

CLA is located in a semi-arid zone of Argentina known for its lack of rainfall which totals only 250 to 300 mm a year.
Temperatures range from temperate to cool with an average annual temperature of 14° C and a thermal range of around 15° C.
The vineyard is located within Region III of the Winkler Index and has 1,800 growing degree-days between October and April.
It experiences more than 190 frost-free days per year.
Sunshine duration is 8 hours per day.
Relative humidity is low, ranging from 40 to 60%.

The varied geological origin of the mountainous structures of the Frontal Cordillera in general and the Cordon del Plata in particular accounts for the heterogeneous mineralogical composition of the majority of the soil and the structural components of the foothill soil.

The last alluvial sediments formed several superimposed layers with varying degrees of consolidation. This resulted in strata of fanglomerates, conglomerates, basic sandstone, rounded pebbles and subangular clast which, in turn, were covered with a final layer of fine sand and lime. Over time, the land was covered in consecutive layers of this sediment, spread out in the shape of a fan at the foothills which separate the massive Andes Mountains from the Mendoza plain.

The soil of these foothills is shallow and varies in depth from 0.30 to 0.90 meters and consists mostly of fine sand with a small amount of lime.  The textural classification varies from sandy, sandy-silty to silty-sandy with gravel and rounded pebbles being the core elements and making up more than 25% of the first meter of soil.

The soil at CLA is permeable and drains well. The slope of the terrain is 5% east to west and 2-3% north to south. PH fluctuates between 7.3 and 7.8.

Organic material was originally very scarce and made up less than 1% of the soil because of rapid decomposition and mineralization of elements due to the semi-arid conditions of the terrain. But this situation is improving thanks to CLA’s implementation of organic and biodynamic practices in addition to the maintenance of both indigenous and planted groundcover.

Our vineyard is very carefully managed. We consider quality and respect for both the environment and the health of our team and of our customers top priorities. That is why we employ only organic and biodynamic methods.  Our Argentinian team, following a “Bordeaux Grand Cru” vine-growing method, produces high quality grapes with very low yields of 40 to 70 quintals per hectare.

CLA uses a vertical trellising system or VSP (Vertical Shoot Positioning). Its rows are aligned north to south and are spaced 1.80 meters apart. Within each row, vines are planted 1 meter apart. Plant density is 5,500 vines per hectare.

Depending on the varietal, either the double Guyot or Cordon de Royat pruning system is used. The number of shoots ranges from 40,000 to 60,000 per hectare, with an aim toward low yield production to ensure optimal quality and concentration for all CLA varieties.

Canopy management is completed with adequate shoot positioning to prevent overcrowding and shading of the grapes below. This also prevents the fruit’s overexposure to sunlight. CLA implements this protective canopy management or protective vine growing in response to the extreme sunlight and ultraviolet radiation of the area.

After pruning the vines, yields are further controlled by the continuous thinning of buds during the vines’ vegetative period. CLA eventually completes this yield control with a green harvest (the removal of full clusters) before veraison to ensure the balance of each plant.

The health of the vines is usually very good due to the area’s low rainfall and moderate, steady wind. During the vegetative period, only a few phytosanitary treatments are necessary, with 4 to 7 preventive sprayings per year. These include sulfur and copper (both approved for organic production) for the control of powdery mildew and mildew.

Harvesting is done manually and occurs in March and April. Grapes are placed in small plastic boxes weighing approximately 12 kilos to better preserve their quality and integrity.

Irrigation water for the vineyard comes from underground aquifers and is of very good quality. Its electrical conductivity from extraction to saturation ranges from a relatively low 200 to 250 micro-Mohs. In order to extract the water, it was necessary to drill wells that measure from 160 to 240 meters deep.

A drip irrigation system is used to water the vineyard.

CLA’s irrigation strategy is based on the Sustainable Water Deficit concept. This deficit is applied early in the vegetative period for the red varietals, from the fruit set until the veraison. The goal here is to control the vegetative growth and reduce the size of the grapes, resulting in a stronger aromatic and polyphenolic concentration. Vines are thinned during ripening for the same reason: to obtain a consistent illumination and distribution of the plants, thus creating grapes with a concentration of desirable qualities.

Harvest: By hand in the months of March and April

Get to know our vineyards 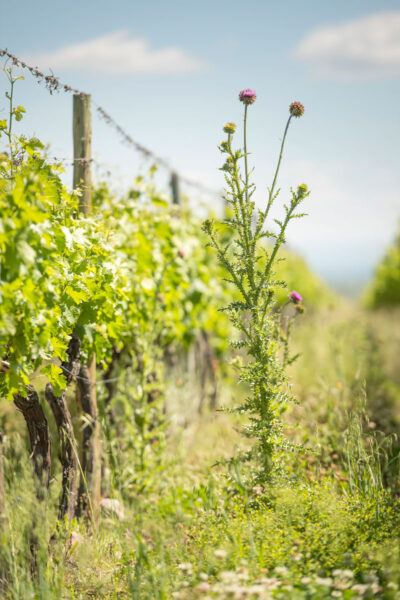 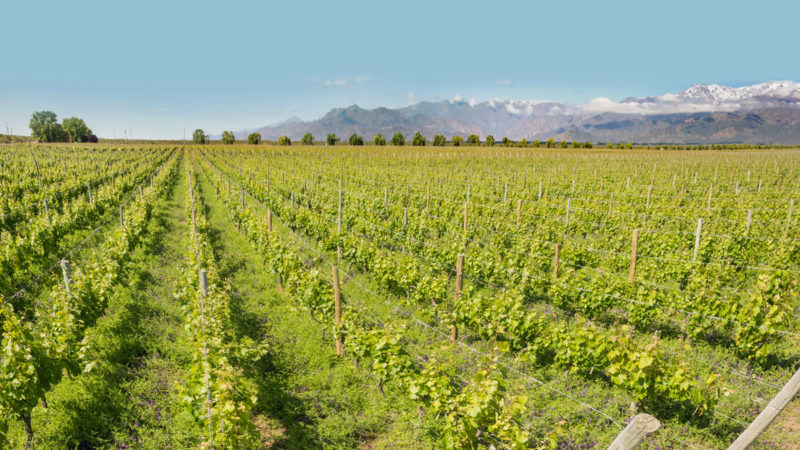 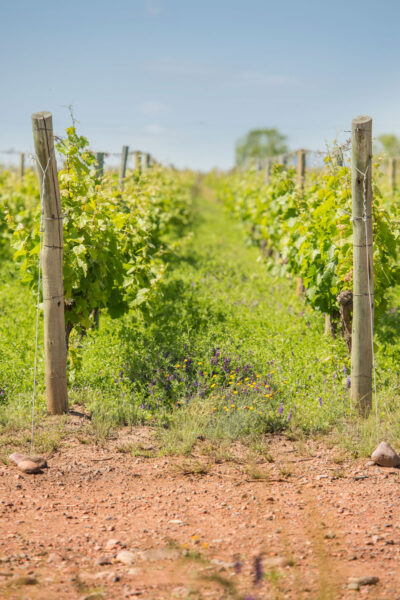 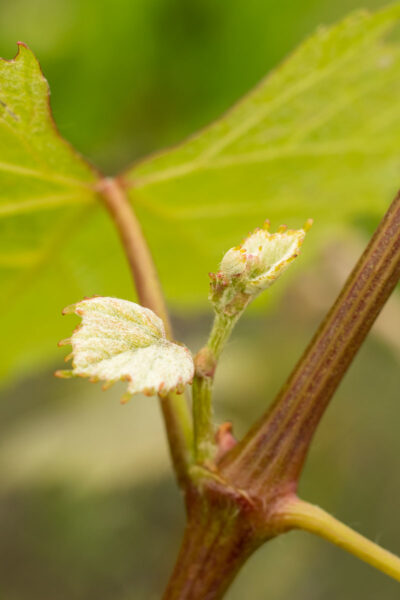 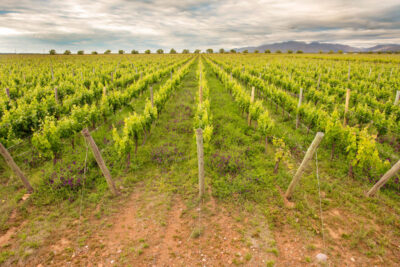 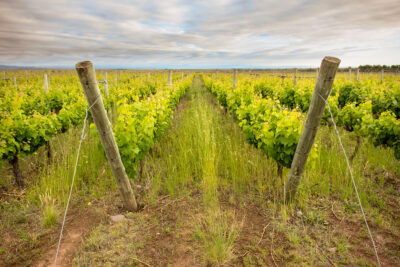 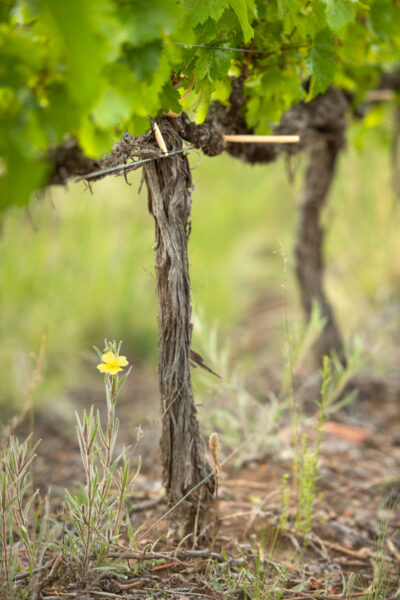 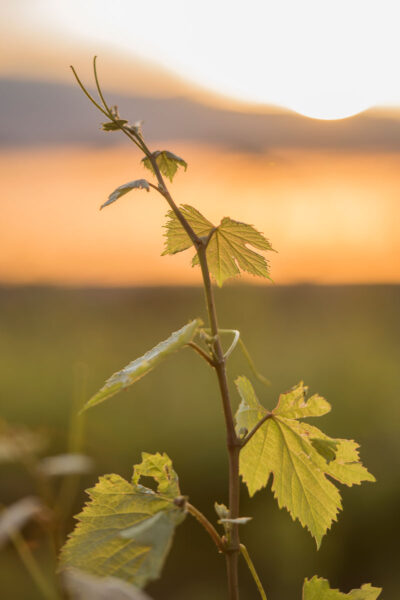 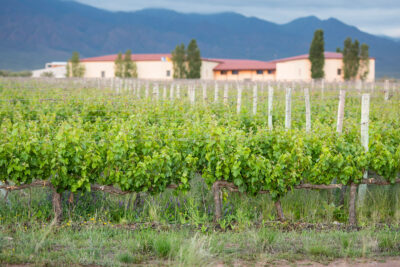 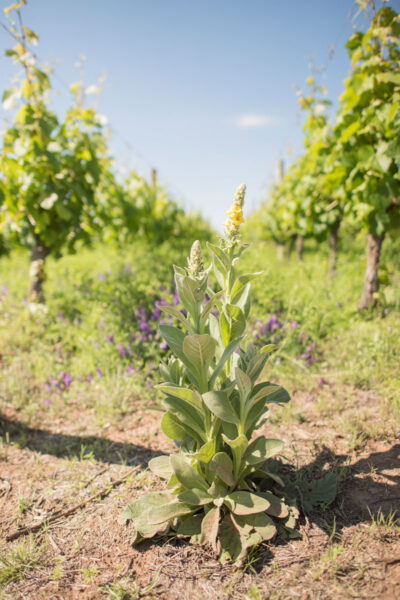 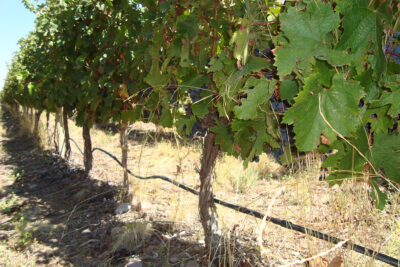 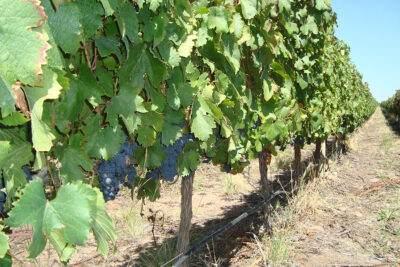 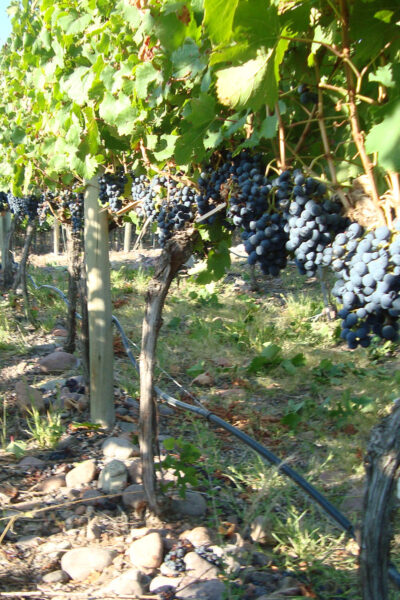 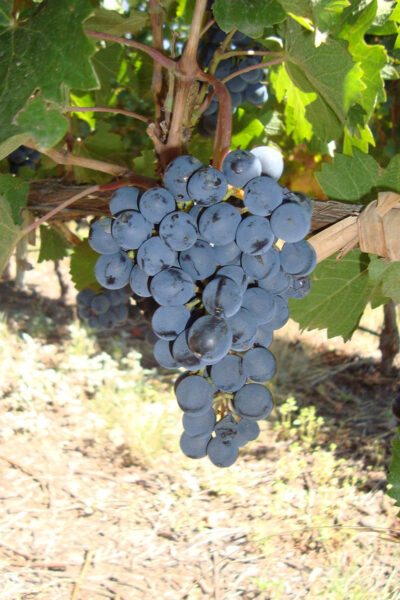